It seems odd in this day and age, considering all the cyber connections we have made, when I refer to someone as a friend. Sure, there may be a few hundred or thousand ‘friends’ on our Facebook page, but who do we really know? I feel I know a couple of these connections I have made in the past few years, about as much as I know Al Roker and Matt Lauer of the TODAY SHOW. Sure, I see their faces everyday, get status updates on how things are going in their parts of the world- but do I really know anything about them? Not any more than I know Al used to be a slightly larger weatherman and Matt used to have more hair back in the day. But some of our connections have developed into something more. Sometimes, these FB friends see something in someone else, something in common, often not too obvious. Then, a correspondence when something might be troubling them, a true connection is then made. A response, one that is sincere and true, honest and helping, and a relationship has begun. Even though we have never met. I have made a few of these connections. Many of us have. We ‘feel’ we know people. Especially those that share some of the same passions that we do. We offer our homes and fresh coffee and perhaps dinner to these people we may have met only a few moments ago, but we have known each other for years.
I feel this connection with a few individuals of a wonderful new project. The work is under the title of SILO 4. A collaboration of Matt Smythe and Grant Taylor, who wanted to go out and find a few individuals that have similar passions, and catch them with some amazing scenery and some spectacular fishing and put it into film. I have a small collection of what we jokingly refer to as FishPorn, and this, most recently nominated piece into the International Fly Fishing Film Festival (IF4) is not anything like the rest of the high tempo, teeth slashing, barrumundi searching, super glue sutured cracked feet and hands, getting lost in the rain forrest, and sleeping on the side of a road with a broken axle on the Land Cruiser type film. The journey is not taken on the road, or across a continent, nor over a mountain range. It lies somewhere deeper. Somewhere we have all been, or are about to go.
Matt was kind enough to allow me to send him a few questions about this project and give us a glimpse of how this all developed. Here is what he had to say:
Matt Smythe with fishingpoet.com
TNT >What brought you to the crossroads? Was there a life-changing event?
Matt Smythe >I think I’ve been at a crossroads most of my life. I’ve always struggled with settling into a single thing as “what I’m supposed to do.” Part of that is Tourette Syndrome (which includes OCD, depression, anxiety, impulse control issues, etc.). Part is an insatiable need to explore/learn. I think I just finally got to a point where I realized I’m not going to have much time left on the planet to do right by my wife and kids, by my friends, and my own love for the outdoors if I didn’t get after it. 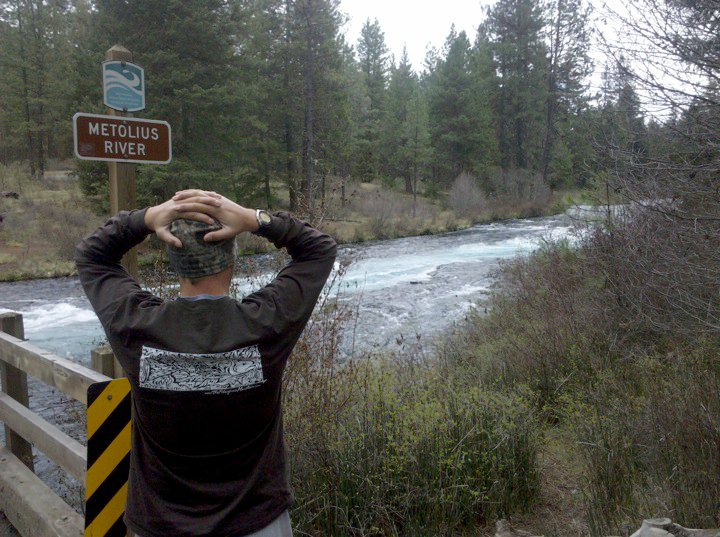 TNT> Is this a film about photography or something bigger? Bigger than fishing, travel, bonding?
MATT >There is a message about friendship and kindred spirits. About extending yourself and finding more than what you would have had you not. About why we fly fish and what it means. But the film, at it’s core, is about finally taking yourself seriously—your life, family, passions, abilities, motivation, wherewithal, your future—and choosing to prioritize accordingly. 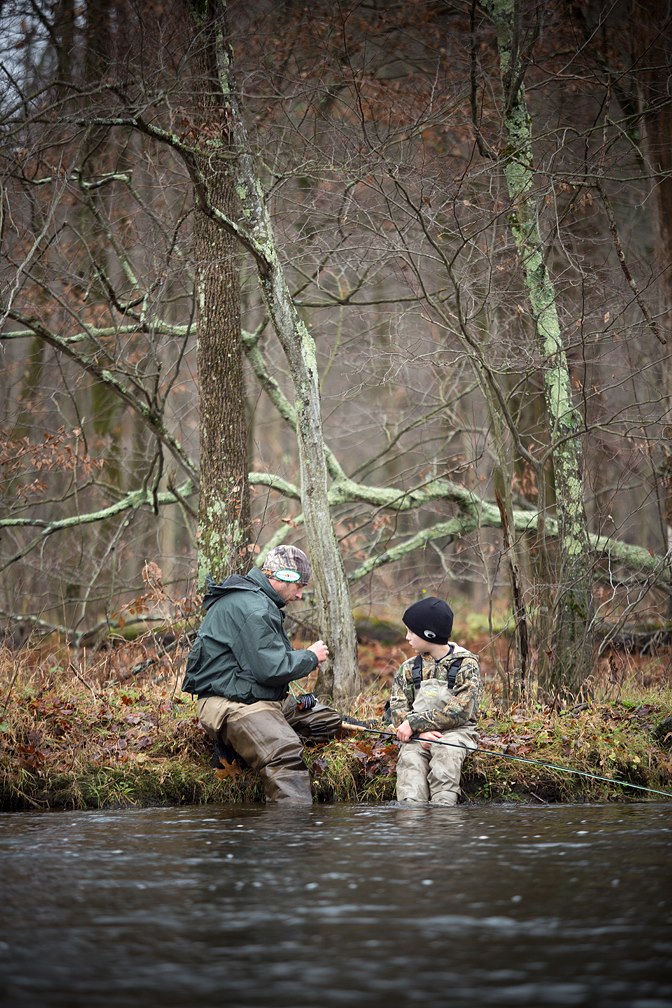 getting the balance right.

It’s not about quitting your job necessarily, but making sure you keep the important things in life at the top of your list. Work and money and all that will follow the positive steps you take. It’s universal, really. It doesn’t matter what you do to make a living. I think every industry is witnessing an “entrepreneurial renaissance” in a way. Whether it’s realizing that you can do the same thing on your own that you had been doing for someone else – but even better, or realizing that you’d taken a left turn from what makes you happy, or that you’re just really tired of holding down a desk—folks know that institutional thinking is going the way of the buffalo.
TNT >Who inspired and supported you to take that step into traffic?
MATT >My brother-in-law was the one that laid that term on me – stepping into traffic. He’s been independent for pretty much his entire working career. I’d been hemming and hawing about making the leap and trying to line up enough clients/revenue streams to ensure a good transition. He told me that the conversations I have with prospective clients while I’m still “working toward” independence don’t mean shit, really. It’s when I step into traffic and then walk into their office ready to put them in a headlock if need be – that’s when they’ll trust me with their business. It’s like having kids – you’ll never be 100% ready for them. I’ve got three and I’m still not ready. Hell, I think my parents are still recovering from having me. At some point you’ve got to get at it.
There’s a lot of people that rallied behind me though when I made the jump. My wife and kids and parents, of course. And some fantastic clients that took a chance as well. 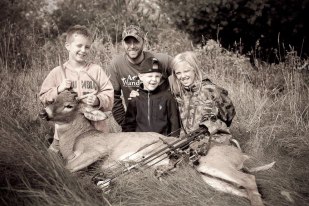 TNT> Wouldn’t it really be getting off the highway and not stepping into traffic?
MATT> That’s definitely another way of looking at it. But just because you exit the highway doesn’t mean life get’s easier/better/more fulfilling. Independence takes a whole lot more energy and commitment, but it’s for yourself and you’re your family, so it’s not the same slog. Plus, what if you’re getting off in Compton…or Newark? There’s also the whole “being on-foot” aspect to it. It’s primal. Life close to the bone.
TNT> Do you have any regrets – even small ones – about ditching the suit and tie?
MATT> Aside from the fact that I’ve got a lot of dead clothes hanging in my closet…nope. Actually they could be a stellar write-off as a charitable donation to the Salvation Army, so definitely, nope.
TNT> How has doing this project made you more deliberate about other choices in your life? Are you more deliberate about what you eat? How far down does living a “deliberate life” go?
MATT> In some respects, it transcends every aspect of my life. I mean, how can spending more quality time outside with the family, or doing what you love for a living, or having the flexibility to take on other fulfilling projects (a la the film) not have a positive influence? That said, I’d be lying if I said I’m deliberate about eating healthier or exercising more. We’d have had to call it A Ridiculously Deliberate Life then. There’s always something to work on being better about.
TNT>How did you choose your cast? Or, did they choose you?
MATT> Ahh yes, The Cast. We all found each other when Grant and I decided to go out to Idaho in September, 2011. It was pretty much social media serendipity. Rebecca helped me get fishingpoet started (Bjorn Stromsness and Cameron Mortenson were the other two). Ross was a FB friend who extended an offer to show us the Henry’s Fork. I met Colby at IFTD in NOLA after being introduced through a mutual FB connection and he offered to show us the South Fork.
That trip was such a profound experience for Grant and I – being in country that immense and raw and beautiful helped me rediscover an appreciation for just how big this world actually is, in spite of how small technology has made it feel. I knew there was something even bigger that was supposed to come out of the trip though. Turned out to be the story that the five of us shared (which turned out to be a fantastic excuse to make a return trip to Idaho). It also turned out to be a collaboration with Matt White and Dustin Lutt – the cinematographers and other half of the ADL cohort – that brought the whole thing to life with their fantastic footage.
TNT> Give us a little background on yourself, and how Grant Taylor and you hooked up for this project. 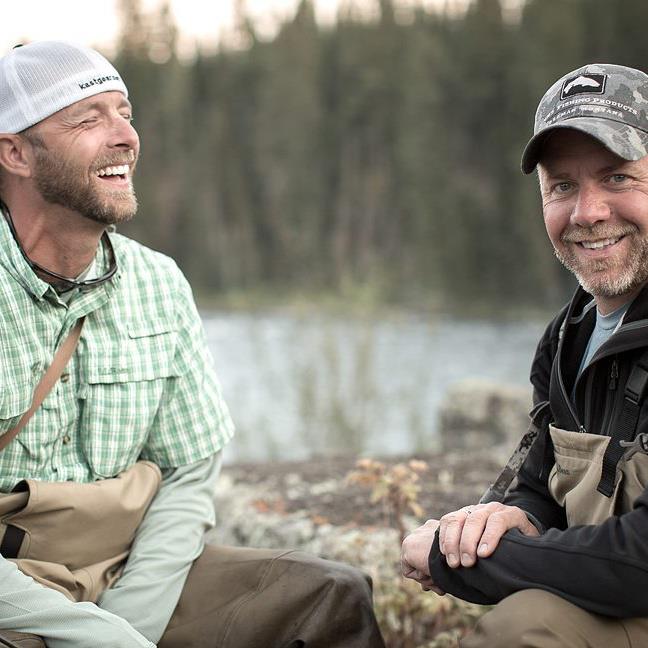 MATT> I’m born and raised in Upstate NY. Served 8 years in the Army before attending college. I’ve got a Masters in poetry which I planned on putting to use as a college professor, but instead managed to find a use for in advertising. I took the good-will and network I had garnered from my blog, left a job as a Creative Supervisor/Broadcast Producer at a large ad agency in Rochester and have yet to look back.
Grant and I had met early-on in my ad career when he was a shooter for a local commercial photography studio. Maybe three years ago we got talking about hunting and fishing and such and we became friends.
Two weeks after I gave my notice at work (April 1st), Grant was let go from the studio. We had just started working on a Pro Bono campaign for a local TU chapter at the time. By the end of May, we had decided to make a trip to Idaho that September as a way of making as big a statement as possible on how serious we were about being independent, kicking ass and taking names. We’ve been pretty much running like we’ve stolen something ever since.
TNT> keep running.
A Deliberate Life
SILO 4