This is not a religious post. Unless you choose to read that deep, then you may interpret as you wish. Merely a recap of a great float recently experienced on a blustery cold day with multiple fronts and gales blowing in our faces that seemed to not only stop our boat, but freeze time. Client was a retired Army Sergeant from the Lake St. Clair area who had more to offer me than I had anticipated.

As is often the case, one can determine not only the type of day on the water with a client I can expect, but also what kind of life and personal character an angler possesses after first cup of coffee.  This particular guy had been through a few tours in Afghanistan and spent his off duty time making fly rods when the French could not provide any fermented grapes to help relax and slow down his brain. His wife is much like mine and readily notices when he needs to recalibrate and spend some quality time on the river setting his medulla oblongata on track, so she sends him off on a river trip. He chose me after a previous article written a few years back on a totally on related topic, but somehow made it primary goal to meet and spend a day on the water together. After we share and exchanged background, families, history and fishing style, I learned he has two children that he taught how to read a river current by having cricket races to discover where seam lies. He also has a long boat that he has spent a considerable amount of time restoring and bringing back to life. Time on the water spent with kids is more akin to being a class instructor on a firing range, keeping bait in check and safety on, less one child hooks the other. Like any good father, its not about actually fishing for us, more about watching our children grow instead of FLASH- boom, they graduate and we missed all the small things. Spending time on the river with anyone always teaches, you have to be ready and open.

“What color fly should we start with?” I inquire. “Yellow, Olive, ginger? Black can be very effective.”

“Maybe we should let the fish tell us what they like.” in a sage and simple retort he responds. We seem to often Think what we should be doing to attract the bite, we need to pay more attention to the river. I still do the routine color change after first choice doesn’t show any response from likely runs, I know the trout are here, we need to tap into the predator instinct. My client does have some vertebrate damage and we aren’t going to throw 8″ double deceivers, so we keep it in the sculpin realm of zoo cougars, zonkers and rattlesnakes. 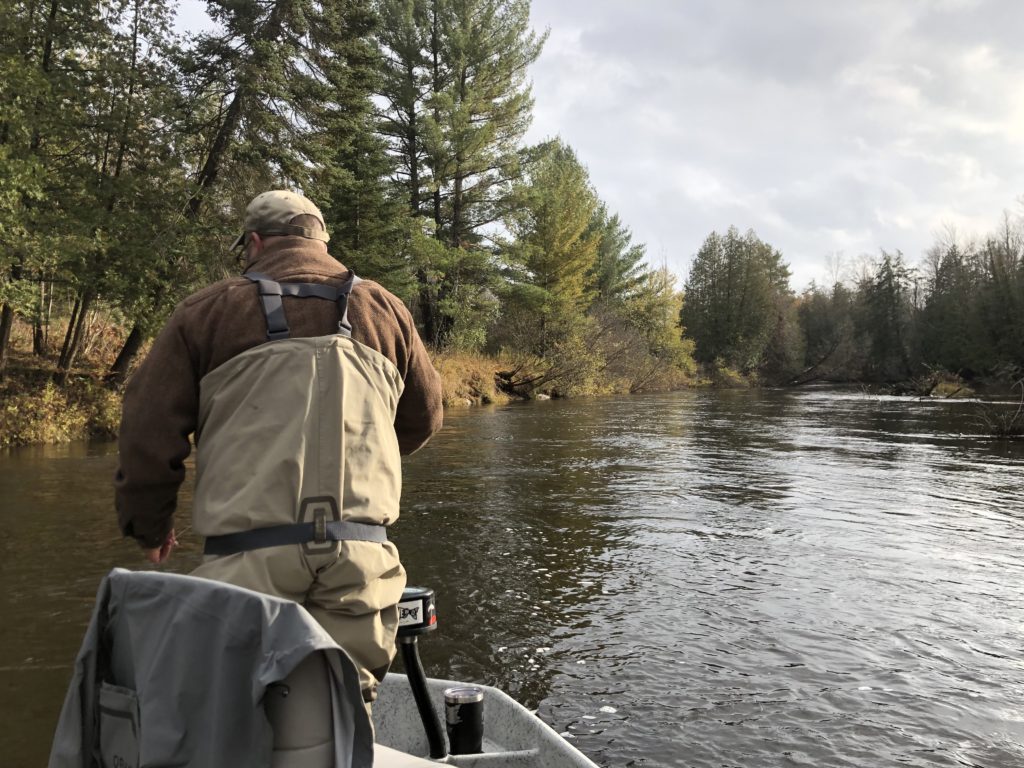 “Have an apple, it’s a SweeTango*, they are awesome.” I offer.

“No thanks, those things clean your teeth, my dentist is hot.”

I am sure his wife has heard the line before, but it reminded me of our grandfather’s generation. So many great one liners I have heard from fly tyer’s like Jerry Regan and many others over the years. They grew up listening to the radio, spending time telling and sharing stories, while our kids are consumed in these small 4″ devices that feed YouTube medication directly to the retina. Who/where is our storyteller generation? Will we have one? Who will pass on our legacy? I am sure it will be recorded on someone’s iPhone, but lacking a certain classic narration by Morgan Freeman.

He shares minimal war stories of time spent across the ocean. Seeing  and living through terrible things unimaginable by my midwest midlife mid standard experiences. Habits of choosing a seat in a restaurant that has three optimal egresses, not taking a viable open parking spot on the street because it doesn’t allow for immediate evacuation to the point it upsets his wife. I ask if the war will ever be over? Is it about oil? Again, my Midwest lack of global current affairs exposed- “No, Never” he replies, “It’s about drugs- Opium. The parents blow opium smoke in the child’s faces so they aren’t hungry and stop crying. We are the only country where our poor are fat.” WOW. So true. Shocking. Never actually thought about it.

He recounts tales of getting caught up in a mosh pit in some bar in W. Virginia-(Maybe?) and one of his Goliath infantrymen- 6’9″ #370 grabs him by the scruff of his neck and lifts him to safety. Nearly getting fired from a civilian job for referring to his manager for riding a short bus and questioning the HR director for finding the least qualified recipient of the job he currently possesses. These and countless other uniquely rich stories, unadorned and raw, but extravagant and delicious nonetheless. Buy a Flannel from Duluth Trading- magnetic buttons, to help make your romantic bedroom activity more exciting. Spend the very first 3 minutes you come home with your canine friend to ensure a lifelong bond- don’t even take your boots off, show him how much he means to you. Make connections with other countries, the French & Germans have good wine. There is nothing to fear in this world, except Mom & God. Everything else is in your head. Make a decision. Get busy living, or get busy dying. 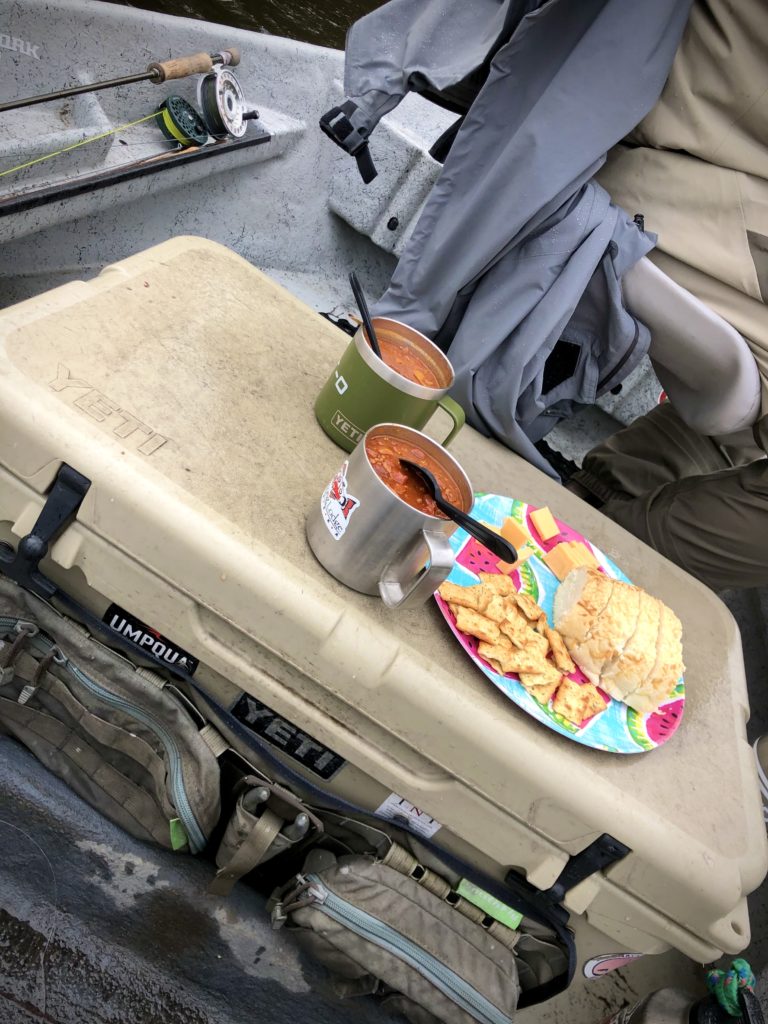 nothing better than warm chili in cold weather.

We exchange a handshake on a great day in the river, nobody was shooting at us. chili was perfect & promise to do this again. We have had our tribulations, our worse days are behind us.