Carpocalypse~ Fear in the Great Lakes…

Why Fly Fishermen Need to Worry About Asian Carp in the Great Lakes
Contributed by Laura Cromwell, Cabela’s

With the best of intentions in using Asian carp to manage algae and other organisms in the southeastern states during the 1970’s, those intentions ended up going terribly wrong.
Due to floods and rapid-fire reproduction, Asian carp have broken free and infiltrated waterways throughout the Mississippi River Basin and are making their way north to the Great Lakes. Scientists, government officials, the Army Corps of Engineers, and President Obama have all pushed to control the population of Asian carp before further harm is done. For a species to wreak so much havoc in our waters that the President of the United States has to get involved, this is so much more than a “little problem.”
With no natural predators, Asian carp compete for the base of the food chain within the Great Lakes. As a result, baitfish populations would die and sport fish would have no food sources—meaning no sport fish for you to test that new fly rod on you got for Christmas. Fishing tourism dwindles and dollars go down the drain, hurting local economies. For folks who enjoy this region for birdwatching and waterfowling, Asian carp also eliminate food sources for migratory birds and waterfowl, harming the hunting industry as well.

So what can you do? For those that live near the Great Lakes, you can refrain from using the locks, contact your local Department of Natural Resources if you catch an Asian carp, drain all of your boat’s water-holding areas, then clean and disinfect your boat after removing from the water.
For those who enjoy a more vigilante approach, head to Bath, Illinois for the annual Redneck Fishing Tournament August 7-8, 2015. Think of it as fishing “The Road Warrior”-style. Get your boat motor going, grab a sturdy net, and try to catch as many carp that jump out of the water (costumes and helmets are encouraged).
Don’t let Asian carp ruin an immense part of North America’s natural gifts. Keep an eye out in 2015 for news and updates regarding this threat and contact local officials to voice your concerns. 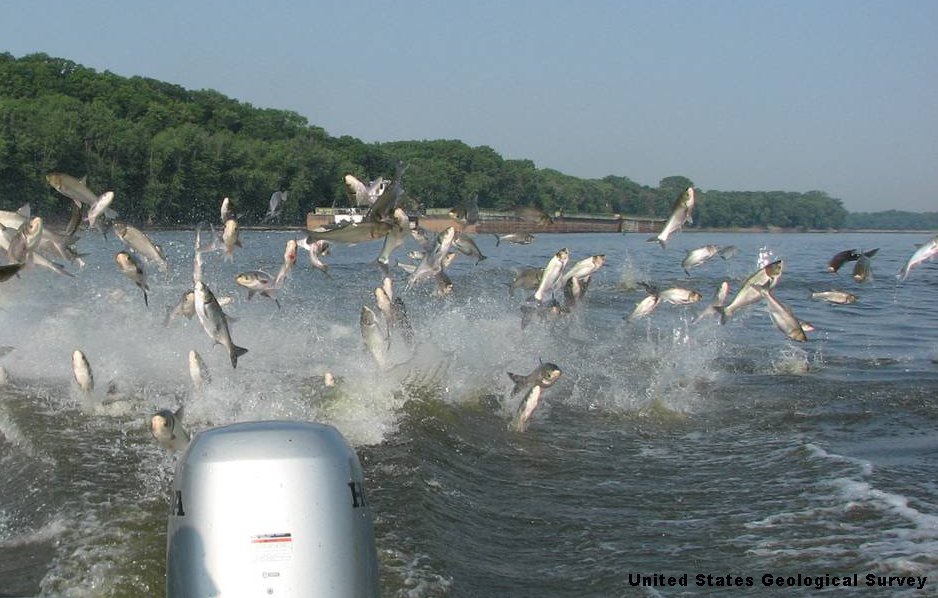 Soon this could be your river, or lakeshore…