Watching DamNation for the eleventh time on Netflix, every time, I am amazed at the phenomenal power rivers have and our societal need to harness that power over the past century. How much can we mitigate, and compensate for our initial errors driven by greed. The hatcheries we have built to produce a false sense of spawning for migratory species of fish that haven’t been able to do so for the past 8 or 9 decades because of monumental concrete walls that impede their progress. The mere mention of steelhead, and the glorious emotion a magnificent fish can evoke, why they haven’t been to spawning grounds in many Pacific West Coast rivers for generations. Rivers like the Snake, Elwa, and Umpqua have a reputation for some of the most fantastic steelie fishing in the world. We are now on the brink of a generation that can recognize and comprehend the depth of our insatiable desire for hydro-electric power. 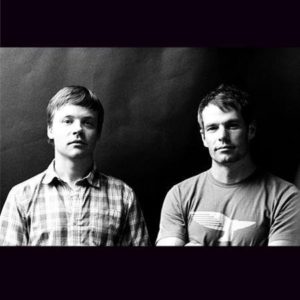 Seeing a mystical pool of non-synthetically enhanced sea-run rainbow trout (Oncorynchus mykiss) at Steamboat Creek in Oregon who has Lee as their guardian for thirteen years, puts in perspective the serious nature a fish like this needs to be protected, and grateful we have river stewards of this magnitude. His astute awareness of these creatures is stuff of legend, if only we could encapsulate a tenth of his knowledge, but his development of Parkinson’s has also made him aware of his mortality and limited time to be spent watching and chasing the mighty steelhead. He simply states, “Wild fish are the real deal, we still have them. The great beauty of a wild fish is we don’t have to do a goddam thing for them, except leave them the hell alone.” 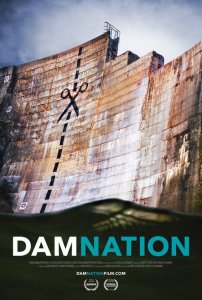 My wife is glancing up every now and again from her Facebook page to watch some of my boring documentary, when see sees the slaughter of adult salmon at Spring Creek National Hatchery on the Lower Columbia River who are being clubbed as they are being slid along a conveyor to become fish fertilizer and milked of their roe and sperm. I understand and realize the brutality of this practice, but as my wife gasps and proclaims to never eat another salmon unless I bring it home, but that doesn’t solve the issue, my Lake Michigan fish was once from a concrete pen as well. The hatchery system has a less than lucrative return on their investment. Spending millions on salmon smolt to see less than a 10% return is not good business, but what is the option? This is in no way an attack on our state nor Federal Hatcheries, I have good buddies I went to school with who work at the hatchery, and fish biologists at the DNR who I would like to say are better than acquaintances, but we need to look at the big picture. If a river can’t sustain itself (fish population), don’t dump more (hatchery fish) into the watershed. We need to take a close look at each system and find out how we can replenish natural wild populations before the hatchery reared fish out-compete, or genetically crossbreed and dilute the wild stock. We need to get moving on habitat placement, structure, spawning grounds, regulations and creel limits, sedimentation and a list of other issues we have been diligently addressing at meetings, but the time has come to roll up our sleeves and get our elbows wet, if we have any hope for a wild fish for our grandchildren.

Oregon native and writer David James Duncan,who gave us The River Why? contributes along with Patagonia owner Yvon Chuinard. The balance between the left and the right is often well done by Ben Knight and his often coerced river companion Travis Rummel, this being no exception. The movie has recently been nominated for an Oscar in the Documentary category. Recognition on this level is worthy and as a river advocate, I hope this film makes it’s way across more than the Trout Unlimited and Paagonia sponsored film festival and private showings. Two thumbs up for Ben and Travis from True North Trout. Keep up the stellar work and look forward to more…Hope, Humility, and Happiness.