The River, a review…

No matter how long & cold the winter, seems I never have tied enough nor stocked my fly boxes for the coming season. I am tying a few bead-head hare’s ears and Hendrickson’s in hopes of some warm weather next week and watching THE RIVER for a fifth or sixth time. My daughter, Simone says its more like a thousand, but I know my dvd time is restricted between Elmo and Baby Einstein videos for Camille. 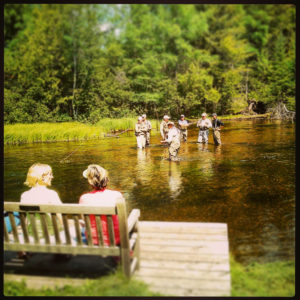 Last Saturday was Trout Opener for us in Michigan. Even though it may have lost some of its grandeur from my youth, we hit the beaver populated regions of a favorite stretch of previously untouched water and later spent the evening in Grayling to watch the World Premier of THE RIVER at the Rialto. The opening was well attended and later found out 354 out of 400 seats were sold. I sat down and saw many fellow Trout Unlimited and Anglers of the Au Sable members, all of whom were eager and excited for the feature film to begin. I had already purchased my DVD on Blu-Ray because of many faces and names that I have come to know through river clean ups and bak enhancement projects, but was surprised at the many more anglers in the video I knew from various other social outlets.
A snowy scene depicting the famed Au Sable river and Josh is working his way to the water. Someone in the crowd interjects- “Trout Opener”, not too far off from where I was today.
“…It’s a lifetime of devotion, and learning one secret only to discover three new ones.” ~ Josh Greenberg
It can be a fickle mistress, when she is on, there is no other better place in the world, many can attest and agree. It has a special place in my family, learning how to canoe and catch a wild native trout in its cold clear waters happened when I was barely eleven years old. This river was not always the picture of pristine health we see it as today. The River does a great job of interweaving all of the many aspects and personalities a watershed can possess. Being a science geek at heart, I appreciated and became more intrigued when Steve Sendek, retired Fisheries Biologist, began to speak of the ‘river of sands’ many woes, and how they have recognized multiple venues to approach the sediment issue.
I thought I had seen enough previews and had a decent idea what the show was all about, then McCurdy and Bebow have a moment of honesty, which you don’t see in todays fly fishing films, recalling the first time they saw all the other anglers heading out for the hex, and they were clueless. 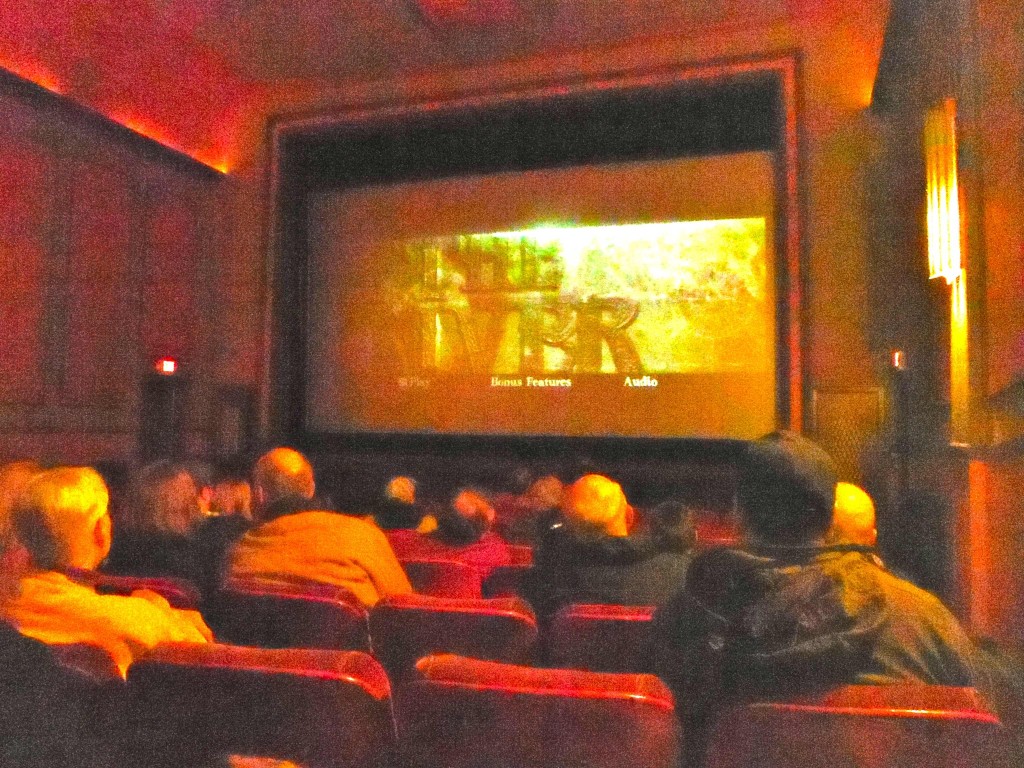 “It’s not Montana, you’re not gonna go out with grasshoppers and catch twenty inch fish all day, but its just special for us.” ~John Bebow, then recalls a Tom Sawyer tale and we all can relate.
After we go through a brief history lesson with many local experts and how TU as well as the Anglers of the Au Sable were created, we get a look into the unique double ended boat from Jay Stephan Jr. and how he had a tremendous impact on the local story of the river. There is hardly a way you can talk about the Au Sable and Anglers group without mention of Calvin ‘Rusty’ Gates, few have waded these waters who had more impact than Rusty. I got a little choked up when the story evolves to Mary Gates and her recollection of how they decided to build a ‘Mecca for Fly Fishermen’.
The River does a phenomenal job of working with some great local guides on the water coupled with spectacular slow motion watch the drop-slowly-fly out-of-the-water-like-liquid-mercury shots. The amazing color on some of the brook trout from the North Branch, the late night agonizing wait for that slurping hawg to connect with the right fly. The vast decades of history at Fullers North Branch Outing Club, the telemetry studies done by GVSU grad student, a cameo from Kelly Galloup talking about being one of the best spinner fall fisheries, this film has more to offer each time I watch it. My wife (pink ‘She’s Fly’ Hoodie) also makes a tenth of a second appearance at the Annual River Clean up, she gloats on the fact she is in a fly fishing film that I am not in. Patience, the River has taught me, it will come. 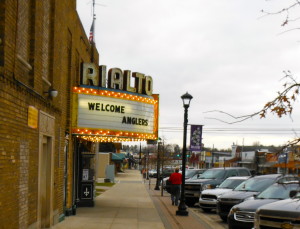 The Rialto in Grayling

The best quotes are in the end. Invariably, RT did a great job capturing all of the many facets of the river and the people who have loved her to death and those who now embrace her beauty and work hard to keep her healthy. There are far too many cool cats to mention in this wonderful depiction of a resource we all love, and if you are looking for a film filled with fish porn and high intensity 300 bpm types of bass crunching techno songs, this might not be for you.
“The river wouldn’t be what it is, with out that group.” ~Bob Linsenman
“I’m not sure what I would be doing  if I hadn’t found this river, I’m not so sure it didn’t find me.” ~Lance Wyeneth
I need to tie some more flies.
WARNING: This movie will inspire you to do more. To be a better angler, conservationist, guide, or activist.

Get your own copy of THE RIVER.