The People we meet along the way 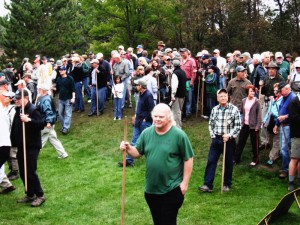 The Crew head for the river~

It was a brisk September morning two years back. I recall it vividly. Fog hung low in the fens and valleys, you could smell the musty odor of ferns beginning to decompose. The sun intermittenly poked its face through trees and hills hi-lighting the smoke grass and giving it the appearance of levitation between the the other shrub grasses in the meadows. I was excited to take part in the AuSable river Clean up, most years I usually have to work, but this year I had my request off in early. Simone was riding high in the back seat of the Commander and I was recently gifted with full driving priveleges. 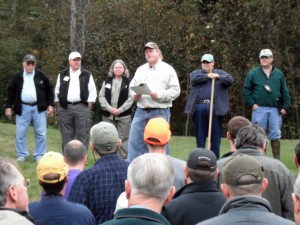 Mr Bebow Fires up the crowd~

It has been a long been a long grueling road for both my wife and myself to achieve such simple privelege- but all the ‘Blow-n-Go’ stories will be for another campfire. This early morning journey towards Wolverine was quickly interrupted by a County Sheriff coming toward me and when he turned around and began to accelerate in my direction. I immediately pulled over and knew I was suspect of cruising a little over the 55 mph speed limit. Simone was freaking-out in the back seat- she was only five at the time and only saw snippets of cops on T.V. shows; I was going in the ‘deiger’ for sure. After presenting the proper paper work and waiting the obligatory amount of self induced panic time, the officer let me go with a warning and good day on our river clean-up venture. Little girl in the back seat, decent composure and no guilty perspiration, good-Karma? I don’t know, but I did sigh a small breathe of relief after we continued on our way to Grayling to meet up with Josh from Gates Lodge and the fellow Anglers of the Au Sable for a perfect day of taking care of what we love. 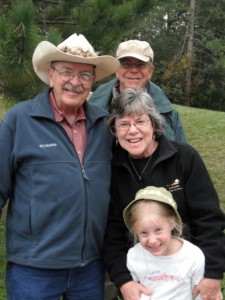 We were fortunate on more than one account that day. Josh set us up with a section of river that we could wade and Simone could float in the canoe while we piled trash in Lucille- our little barge below Thendara Rd. After bumping into many other TU members and clean water advocates from across the state, we met up with our team. I wish I had more knowledge of the kind people we were teamed up with prior to that day, but this is what builds relationships and by getting involved is the only way to forge them. A man with a wide brimmed hat loaded with flies in the sheepswool band was acting as vehicle transport, his agility in the swift water has in recent years limited his support to remaining on dry land. The front license plate was from Ohio and read SOFT HACKLE- if only I had really known. Simone spent time with Dick throwing bread in the sacred Bread Hole behind the lodge, but no hawgs were rising that afternoon. Judy walked the stretch of water with us collecting relatively few pop/beer cans, a flip flop and camera were about all we found. They keep a pretty meticulous watch on their beat, as any one of us would on our favorite river. We had lunch on the dock and watched the mesmerizing ripples ebb and flow beneath sweepers and large rocks. Judy told me of a few select fishing locales where one always hid at about dusk. 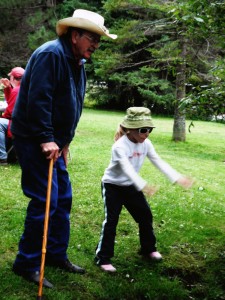 Dick was off busy spotting people and cars along various bridge crossings and making sure we all got to the Grilled Burger & Brat lunch up stream after our day on the water. I wish I had more time with this gentle spirit. He was taken from our world a couple of months later.

Funny how fragile and elusive life can be. This made me think, and it has been on my mind for the past couple of years. we are going this Saturday to help with the clean-up, not neccesarily just for the river. Another important aspect is the people factor. We need the river so we need to take care of each other for our special spots on the water. This is a place born of legends. It is obvious, even if you don’t know the names of the fellows on the walls in the dining hall, many men & women have come here for serenity and healing. 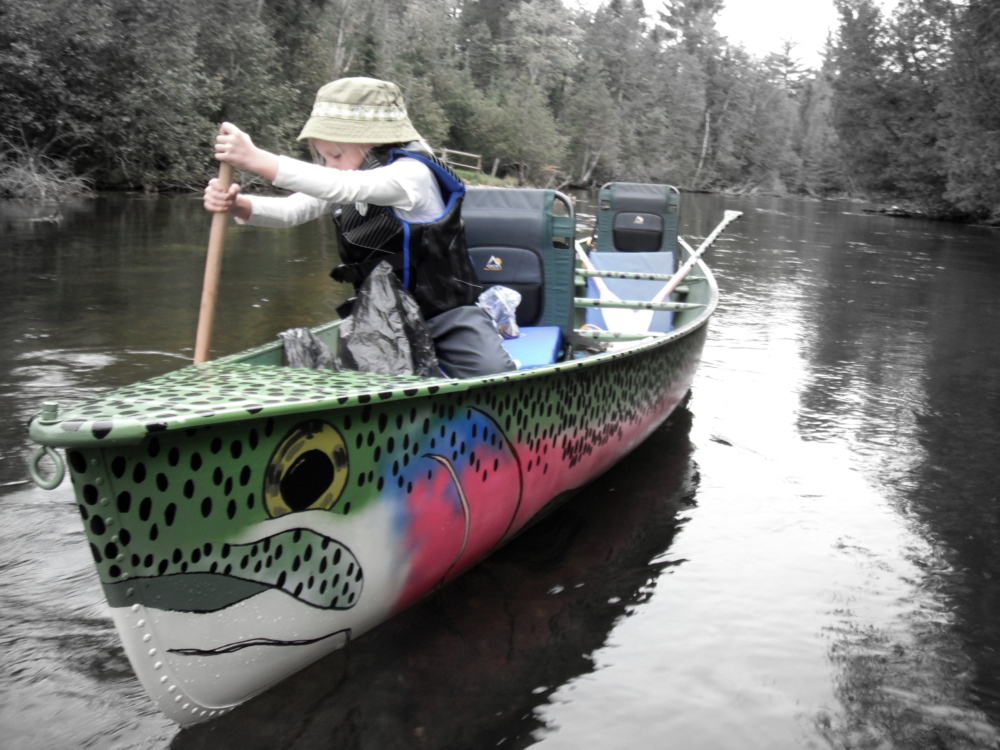 I had two Grandfathers that were eternally full of epic fishing stories. It is unfortunate I didn’t get to this stage of appreciation earlier in life to jot down some of those drag the boat around the lake for hours recollections. As I run into all sorts of characters on the river, I have come to the conclusion I need to keep a better fishing journal. Not just the weather, water temperature, how many fish were caught on what flies, or what was hatching- but who I ran into and their stories were from the river of their youth. Soon we are going to lose the transcript on many of the near disbelief Whopper of a Tale stories our Grandfathers and Great Grandfathers used to spin around embers of coal and sipping whiskey or scotch after a long day on the water. I hope to bump into many more of you on the water and hopefully get your story, and if I ask for a foto, please say “My Pleasure.”