Jim Harrison Sends a Little Love Out to Northern Michigan

Christopher Walton of the Detroit Free Press interviewed Jim Harrison at his winter digs in Patagonia, Arizona, talking about a number of issues, both literary and sporting. The interview is one of the most extensive and personal that I’ve seen in a few years. You can catch the article in the online edition of the newspaper. 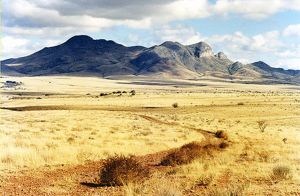 Although his life in the American West is rich and interesting, Harrison remarks in the interview that he does have feelings of loss in leaving he Upper Midwest years ago. “I miss the U.P. terribly,” Harrison notes. “It became a retreat for me from the real world. … It was like, after a disgusting two weeks of movie meetings, and then a day later you’re at the Dunes Saloon in Grand Marais after taking a 4-hour walk with your dogs and never seeing anybody, because I’d say 99% of my hiking, I never saw another human being. Which is the way I liked it.

Much of his recent work is centered on characters and events in Michigan, and Walton quotes Harrison in saying that, “I know I’ve written about Michigan a lot lately, and I wonder if the origin isn’t homesickness. Which is a very deep feeling, what the Portuguese call saudade. It’s that longing for a place.”

Harrison’s latest, The Farmer’s Daughter, is out now.