Salmon at the Soo and Carp on the Bay 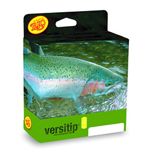 The Detroit Free Press recently ran two articles of interest to Northern Michigan fly anglers. The first one is written by the Free Press’ regular outdoor columnist, Eric Sharp, and it relates the details of his recent trip to the Soo to fish for Atlantic salmon with well-known local guide John Giuliani. As Sharp relates, they spent the afternoon fishing out of a boat below the power plant on the Canadian side, and on the particular day that they were fishing, it was a bit cold and the bite was slow. Nevertheless they managed to boat a few fish.

As Sharp discovered, when the weather is better, the bite can already be very good at the Soo. Large numbers of Atlantic salmon are already in the area, and Giuliani stated that “Atlantic salmon will continue to arrive and stage in the river through late August, when huge numbers of pink and chinook salmon arrive. At that point [Giuliani] switches from fishing in the boat to wading the rapids, where it’s common to catch 20 to 40 salmonids of three or four species in one day.” If you’re interested, now is the time to book your trip as all available spots will fill fast. 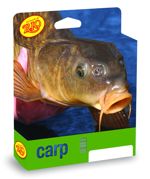 Also in the Free Press recently is an article on carp fishing in Grand Traverse Bay with Traverse City-based guide Dave McCool — owner of McCool Outdoor. Fly fishing for carp on Grand Traverse Bay has become something of a angling destination in the United States at this point, but McCool was on the leading-edge of that years ago.

Carp, as he notes in the article, are really only available at a flats target in Grand Traverse Bay from May through the first week of July, but because of the growing popularity of the fish among fly anglers, McCool is starting to look to the flats along the southern shore of the Upper Peninsula as a way to extend the season for chasing carp with a fly. In the article McCool is quoted as saying “that’s what I need to find, places where we can extend the carp fishing season into August. I already have people who want to send anglers here from England, where carp fishing is huge. But we need to be able to find fish for another six weeks to make it go.”