One of America’s Toughest Trout Streams Is Right Here in Michigan: The Jordan River 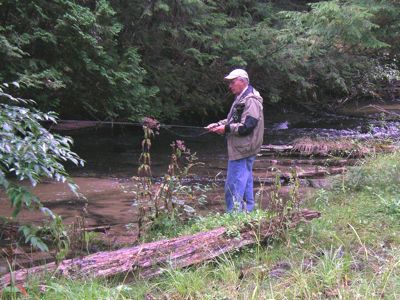 God created the Jordan River. And by any account, He did a very, very good job of it. But it was hundreds of tough, agile loggers who turned it into the trout stream it is today—the most technically challenging piece of water I’ve ever fished anywhere in the United States during nearly 40 years of fly angling.

The Jordan begins as myriad springs and rivulets in the northeast corner of Antrim County near the tip of Michigan’s lower peninsula. They seep out of hillsides, and bubble up from the aquifer to create clear, cold “fingers” of water. Ultimately, they join and turn into a river filled with butter-yellow brown trout, brookies with bellies as orange as a pumpkin, and rainbows as brilliant as the bumper on my old ’59 Pontiac.

What makes the Jordan so damnably challenging to anglers is the jackstraw of logs that crisscross its bottom like thousands of toothpicks that were dumped from a box.

It’s as if the five-o’clock whistle blew on the last day of the logging drive a hundred years ago and all those old sunburned Swedes and Finns pulled their caulks out of big old tree trunks and simply stomped off to Marquette.

Over the ensuing years, those logs sank. Some jammed together to form tiny islands that now sprout grass, new-growth cedar trees, and a proliferation of gorgeous wildflowers that attract scores of photographers. It’s such a beautiful place, in fact, that the Jordan was designated in 1972 as Michigan’s first National Scenic River.

Thousands of other logs simply turned into a crossword-puzzle of trout hideouts, creating classic “pocket water” fishing. It’s the sort of place where a downstream float with a dry fly can be done, but not easily in most places. Forget about fishing nymphs completely. Actually, it’s best to cast upstream.

But let me repeat that casting here demands a high degree of precision and total concentration on the fly’s drift.

First, the river itself is pretty narrow in most places, perhaps twenty feet wide, with streamside tag alders and cedar trees ever ready to snatch an errant backcast. 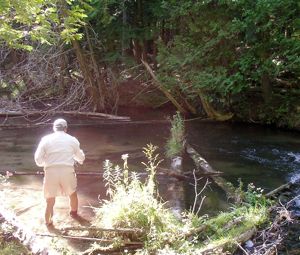 Capt. Tony Petrella gets his feet wet in the Jordan River while trying to manipulate a dry fly over and around the myriad tangle of logs and felled trees.

Second, the maze of submerged and partially-submerged logs create “targets” that range in size from as small as a soup kettle to the dimensions of a bathtub, with a rapidly flowing current that whisks the fly along as if you were in Montana on the Madison.

The trick is to analyze the stretch of water ahead of you. Study the flow, and consider where the trout are likely hiding. Then try to figure out where you can drop the fly and get a few seconds of free-float before making a quick upstream roll cast to throw the hook out of harm’s way.

Success means never having to say you’re sorry you just broke off another two-buck fly.

Success also means a nine-inch or ten-inch fish that literally leaps six feet out of the water because he’s very angry that somebody jabbed him in the mouth with a hunk of metal. Actually bringing one of these trout to hand is an experience. Usually, it’s “How did he get under that log and break me off so fast?”

But casting to, and perhaps hooking, these fish is only part of the Jordan’s challenge.

The other is staying dry. Because the Jordan, as Theodore Gordon once wrote, “is as lucent as air,” it creates very deceptive optical illusions. You can be standing knee deep on one side of a big old sunken log, then get a shockingly cold dunking by stepping into considerably deeper water on the other side.

And I do mean cold, since the Jordan rarely gets warmer than 56 degrees.

That means part of your analytical process involving where to cast also includes “where do I step next?” This really is no place for hip boots, although at first glance it appears they’d be perfect. Nope. Stick with chest-highs. Maybe throw in a fold-up wading staff as well.

As far as the actual fishing goes, light rods such as a six-foot two- weight are perfect for the Jordan. A four-weight is almost too much gun, although some stretches do have a lot of hoppers in August and early September so a four can be useful then. 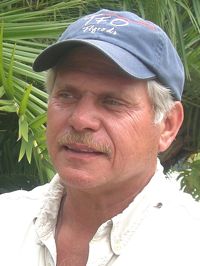 Generally speaking, you can expect good hatches of caddis. Stock your fly box with the usual color spectrum mostly in size 16 and 18, though some 20s certainly come in handy. Blue wing olives (Baetis) in size 16 and 18 usually are around, along with Sulphers (dorothea, in size 16), and Mahoganies (isonychia, in size 14). Sparsely tied parachutes seem to work best, and are easy to see because of the white wing post.

Smallish stoneflies in gray and yellow frequently pop up, and beetles, ants, and crickets are always good—especially in late summer.

So, if you’re tired of fishing in crowded places for hatchery fish, give the Jordan River a try some time. Believe me, you’ve never  fished anyplace like this before!

Capt. Tony Petrella is a Coast Guard-licensed guide in southwest Florida for tarpon, snook and redfish during the winter and spring, and also floats and wades Michigan’s finest trout streams during the summer, and guides upland hunters in the fall. He can be reached at 231-585-7131, or tightloops@peoplepc.com, or at his website.