The Latest on the Boardman River Dam Removals 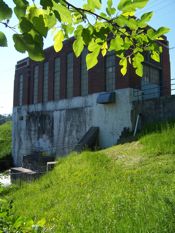 As reported in Saturday’s edition of the Traverse City Record-Eagle, Traverse City officials are starting to move forward on plans to remove most of the dams on the Boardman river. City commissioners on Monday will be discussing a proposal to release $25,000 as initial seed money for the Boardman River Dams Committee’s Implementation Team. A similar amount is being requested from the Grand Traverse County Commissioners, a request which will be considered on Tuesday. In addition there is another $50,000 request before the Grand Traverse Band of Ottawa and Chippewa Indians. If approved, the $100,000 total that will be raised is a drop in the river compared to the funding which will actually be needed, but it will get the Implementation Team started down that long road. 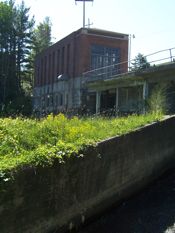 The four dams that have fallen within the scope of the study are the Union Street Dam (located within the city of Traverse City), Sabin Dam, Boardman Dam (also known as Keystone Dam), and Brown Bridge Dam. Almost from the beginning, a great deal of controversy has surrounded the issue of what to do about these aging and ailing structures on the Boardman River, with proposals ranging from removing some or all of the dams entirely to full restoration of the dams as working hydroelectric generators.

The Boardman River Dams Committee has been communicating with the public throughout this process both by using their website as a communication tool and by holding a series of public informational meetings.

As noted on their site, “due to impending regulatory issues, Traverse City Light and Power decided that continuing to generate hydroelectricity has become too expensive and has relinquished its licenses to generate hydroelectric power at the Boardman, Brown Bridge and Sabin dams.” At this point removal of the dams above Union Street is on the docket, though the issue of who will fund the removal is not clear.