New Development in the Battle Against Sea Lampreys? 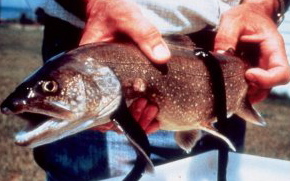 A single sea lamprey can kill over forty pounds of freshwater sport fish in its life, and in the 1950s the lamprey practically destroyed the sport fishery in the Great Lakes, so any advance against this persistent invader is good news.