Finally!! It had been years in the making. Literally. I met Andrew a few years back at the Midwest Expo, it was one of those scenarios where he caught me off guard. His approach was nonchalant, absolute casual cool, so I was unaware.
“Hey, I’m Drew.”
I couldn’t put a face with the name, not only because I had just met a few hundred fly industry folks, fans of either TNT or Adipose- but also because his Facebook account goes by ‘Andrew’ and my spring eager brain couldn’t make the jump from Andrew to Drew or even Andy for that matter. Doesn’t matter. Andrew and I have been chatting back and forth for years now, and when he gets a chance to head to the PM, he often sends me a request to occupy one of his vacant seats in his high-side Wellston drifter. It takes more than a casual ‘OK’ for me to make that happen, and so often I wish that was not the case, but this time, after several offers, I could make the trip to Baldwin happen.
Mid February morning, 4 am rise, coffee percolating, cooler packed and out the door by 4:45. Thermometer was reading 19º, and only warming three more digits for our daytime high, the forecast for the weekend called for temps in the forties and rain. We pick the wrong day of the week. Didn’t matter. We were fishing. 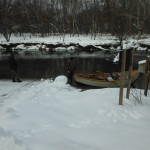 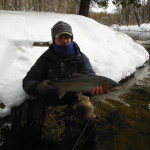 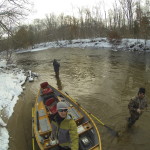 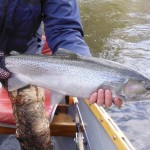 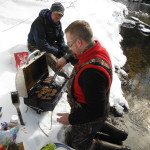 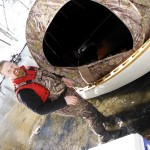 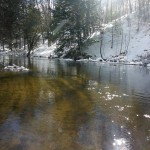 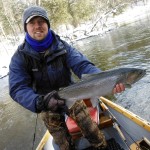 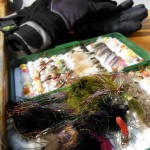 Selection of Flies for chrome.

I arrived early enough to grab a doughnut and some flash at the PM Lodge, get the fishing report and see who was going to be where.  It is so refreshing to walk in a fly shop prior to opening, smell some fresh coffee and get greeted with a smile. We opted to float Rainbow Rapids just to stay out of the leap frog game that can occur on the fly water. The only set of fresh tire tracks headed across the train tracks proved a good call. Whether proven or not, rarely does one wish to have the second or third hand on the best runs or holes on a river like this.

The day was perfect, Chris had the hot hand. He landed 3 out of 4 steelhead and a couple 14″ browns as well. It almost became comical. After he would snag and lose his rig, we would reach the next hole, Drew and I would each get a dozen or more drifts before Chris was up and operational. As soon as Chris floated through, maybe once or twice, he was hooked up.

“You guys aren’t deep enough.” he would mumble as we scrambled for the frozen net and cameras. Perhaps he was right, he had it dialed in. 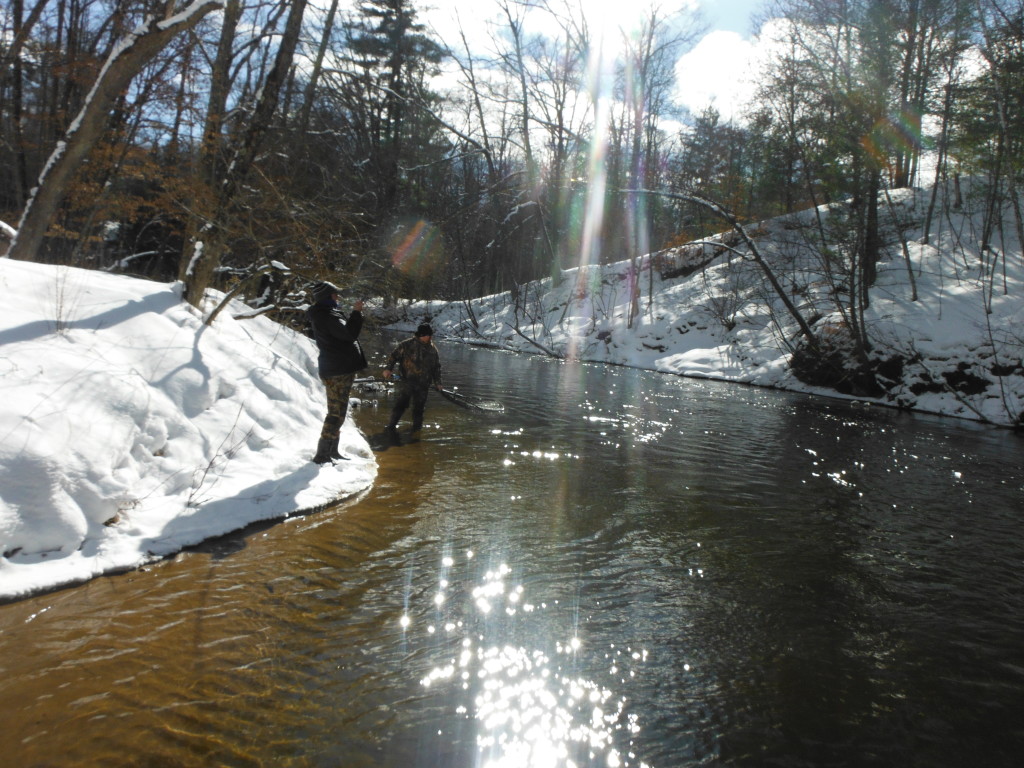 Lunch was stellar. Andrew marinated a few venison steaks and Italian sausages. A week earlier he asked if I was ‘OK’ with venison. Having a vegetarian wife limits my speedy beef consumption and said I love a good venison steak.

“It has to have a face, or it doesn’t count as shore lunch.” Drew replied.

It was a treat. The steaks reminded me of how dad used to cook and marinate back strap in red wine, peppercorns and garlic, simple and delicious.

It didn’t matter that I only had one solid hit, that I was missing sleep, got out of work for the night, and paid for childcare. I was in the middle of one of the premiere trout streams in Michigan, mid February, and I was in the bow. I didn’t have to row. There is something magical about being in a river of this quality, seeing the great fishery it is and making a personal promise to visit again, soon, very soon. 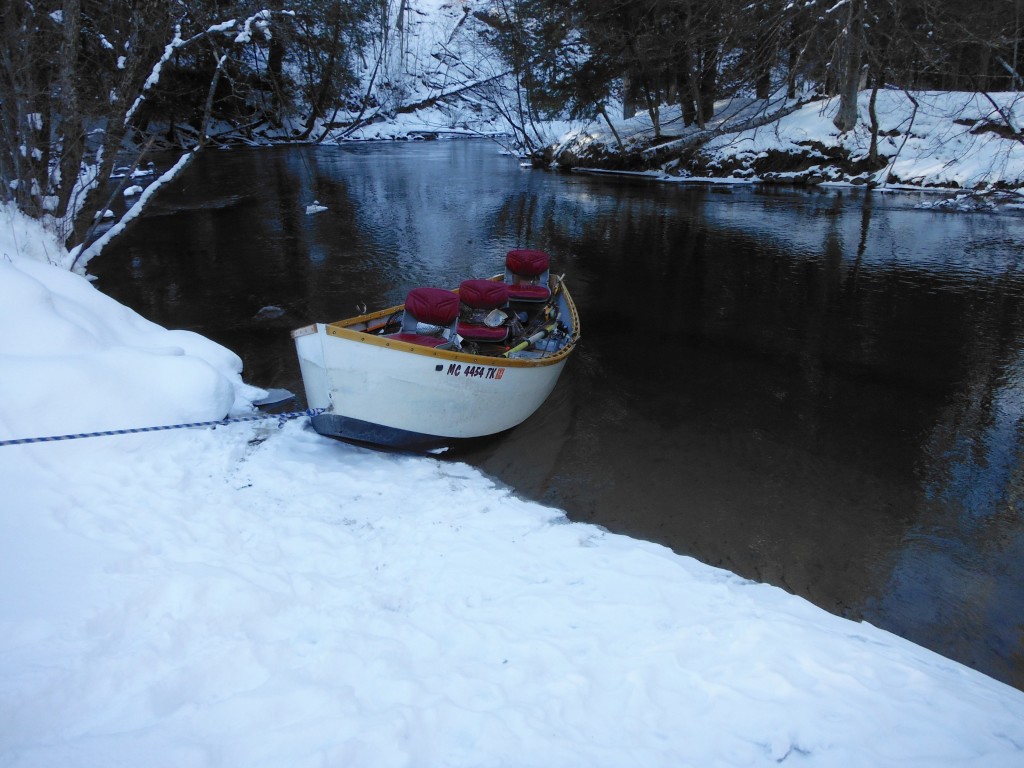