To Chum or not to Chum?

This is a hot topic for sure. My phone immediately began to ring yesterday shortly after posting the petition from Change.org to Stop the lifted Ban on Chumming in rivers and lakes in Michigan that do not have any gear restrictions on them. I should know I am going to feel the heat from both sides on this issue, like many others, I am prepared and stick to my opinion. It is, after all, mine, and I have aright to have one. It seems so simple when my daughter comes home from school telling me about a boy who calls other girls bad names-“So don’t hang around him, he isn’t someone you should hang around anyway.” True? 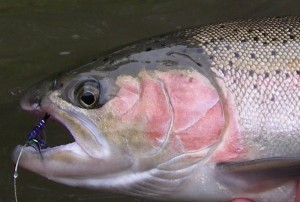 It is unfortunate that the issue will once again divide anglers, as much as the fly versus bait community already is. But others point out that they too, like myself, throw Rapala’s and Panther Martin’s from time to time, I am not the ‘uppity, ultra cast-upstream using only Catskill tied Dry flies’ kind of guy that you make me out to be. Understand, I speak for the ecosystem and the environment I live and work in. You cannot truly believe that the five, now three salmon, I see individuals ‘catch’ at the dam downtown every day, actually ‘taste’ that good. Their half decomposed and rotted flesh? But you argue they taste great smoked! Really? I know for certain that a decent number of said individuals don’t have jobs, because I see them lined up in the morning when I talke the dogs for a walk along the river, later in the day on my way into work, and into the evening after I get out of my shift from the restaurant, for days if not weeks in a row. There aren’t many, if any, third shift jobs in the Petoskey Area that they might be getting ready for. Suppose the salmon is actually good for consumption when they turn blackish grey, would you feel comfortable paying for it at my restaurant for $23.99? No amount of terragon beurre blanc is going to make that white flesh taste like fresh salmon.
Here is the link if you wish to sign the petition:
CHUM BAN
I have recieved input from the DNR regarding salmon stocking reductions, it has merit. The balance between the alewife population and salmon populations need to reach a better balance. 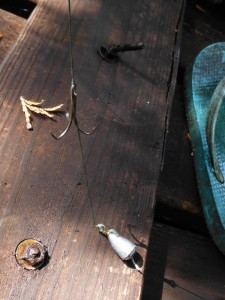 “The restriction on chumming statewide is no longer in place. The ban, which was in regards to VHS, has been allowed to expire because we were able to determine that salmon roe is not a vector for the spread of the disease. There is a list of locations where you cannot use baitfish or roe due to hatchery operations (it’s on page 31 of the 2013 Fishing Guide), and the use of roe for chum is not allowed in waters designated as flies only. Salmon roe and corn are probably the two most popular chum components and used widely across Michigan to fish for steelhead, bluegill, carp, whitefish, salmon, catfish, and others. ” 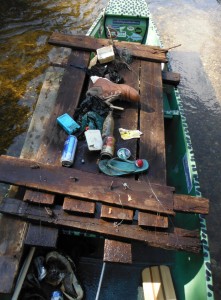 I only know what I see on the rivers I frequent, so I won’t talk about the Muskegon or the Pere Marquette. But last year alone, I floated the Boyne river and removed braided line wrapped around logs that had leaded treble hooks attached, along with a myriad of worm boxes, vodka bottles and beer and pop cans. The Spyder line and treble hooks disturb me the most. 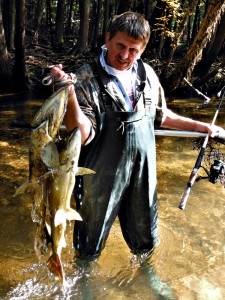 These anglers aren’t fishing- they should call themselves salmon farmers. They must be feeding a few rose bushes at home, or stocking up for spring steelhead runs.