How slick is your line?

Last week I had the opportunity to go behind the scenes of Michigan’s very own line making facilities at Scientific Anglers HQ in Midland. It was eye opening to say the very least and pretty amazing on many levels. First off, how does one actually make a fly line and test it to meet the various scenarios we as anglers and guides regularly put our equipment through? Next, the technology involved, what is AST and how is it you can make a $100 fly line? Logistics, packing/stocking and shipping lines to fly shops and individuals around the world while keeping minimum inventory on hand, what is the method to the madness? These and many more inquiries were answered throughout the day by the staff and crew at SA.

meeting the people of Scientific Anglers

First off: proprietary technical stuff not privy to. There was the ‘Blue Door’, behind which a magical room where potions are formulated and make the Goop to eventually become what we know as fly line. “Goop” is formed and depending on which specific line type, AST(Advanced Shooting Technology) impregnated, color added, and or teflon powder for various sinking rates. The vast majority of us were not majors of Analytical Calculus w/ Vectors at MichTech so I shall spare you the dreaded numbers and figures that spewed forth on actually designing a high performance casting line. As the name implies, Scientific Anglers does not lack in providing the highest standard and technical R&D for a final product before it hits the shelves. I have always thought AST stood for ‘added slickness technology’, so I apologize in advance if a Freudian Slip should occur.

So, POOF! the line is spooled and a variety of colors are aligned on big reels in front the Coiling/Converting station where a wonderfully patient lady named Mo showed us ‘Mitt Monkeys’ the ropes. 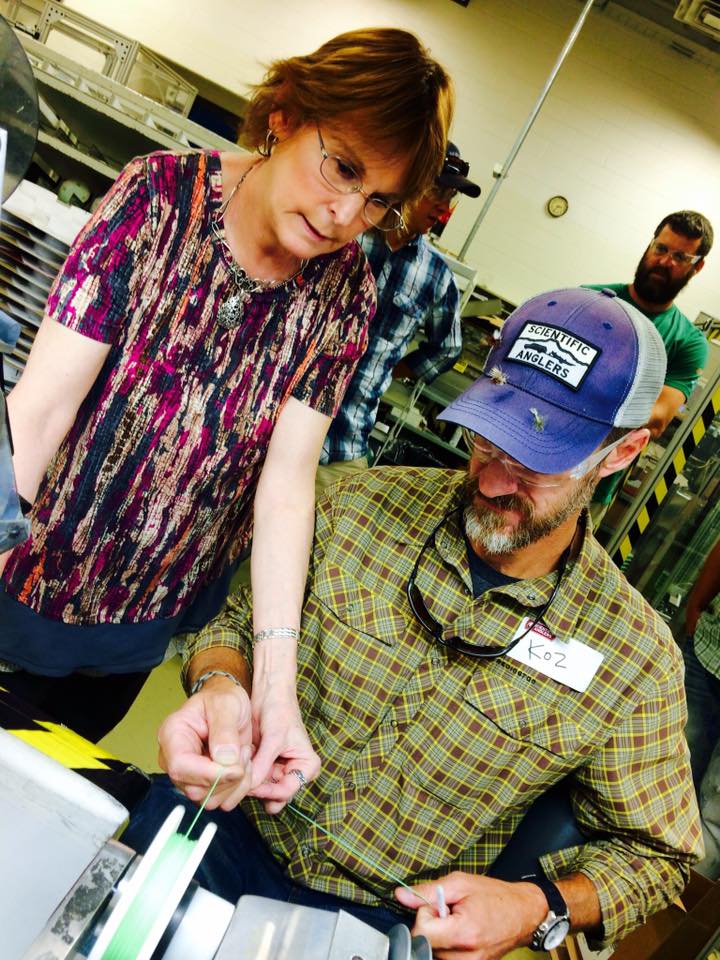 SA ID my very own line.

The tricky part is feeling the bump in the line, knowing  where the next segment starts and when to cut, place the fuzzy white twisty and prep the line to the next stage- loop welding. The former SharkSkin had issues; besides the noise, the weld was not smooth. They have reconfigured temperature and pressure when heating and cooling a fresh weld. You will see on the next generation of lines, a much more refined and smoother transition in the weld. The skinny on new series of lines: Sharkwave is still onboard and a great line for added distance, Wavelength, Sonar, Frequency and Mastery Series round out the line-up nicely. The buzz around the room is the line we have in our hands. The suppleness and smooth yet textured line has a mesmerizing quality about it. Baby butt smooth. The new AMPLITUDE has added AST+ actually has glass bubbles impregnated into the line, which adds longevity and value to a higher price point. It is estimated a 40% longer life on the water versus competitor lines, which makes it worth every penny. As one cleans the line, more levels of the plaston bubbles migrate to the surface and are exposed, revealing new life and releasing dirt and grime. This is a game changer. Check it out, you won’t be sorry you did.

The board room was later assembled by the majority of fly talent from across the state- Chris Lessway, Mike Schultz, Russ Maddin, Ted Pitch, Mark Hendricks, Jimmy Chang. We had the opportunity to talk with Josh Jenkins and Erick Johnson about what exactly goes into the R&D side of SA. Packaging is simplified, easy notation for taper style and fly choice that each line is made for, fresh and saltwater destination. We don’t think about it, but a saltwater line needs to be more rigid, because when it is exposed to extreme temperature, it becomes supple, just the opposite of our cold weather zone lines, which become more stiff as it gets colder. We also had a good discussion on what we might like to see in the future for clients and anglers alike. There is a lot coming from Scientific Anglers in the next year, keep your eyes peeled. 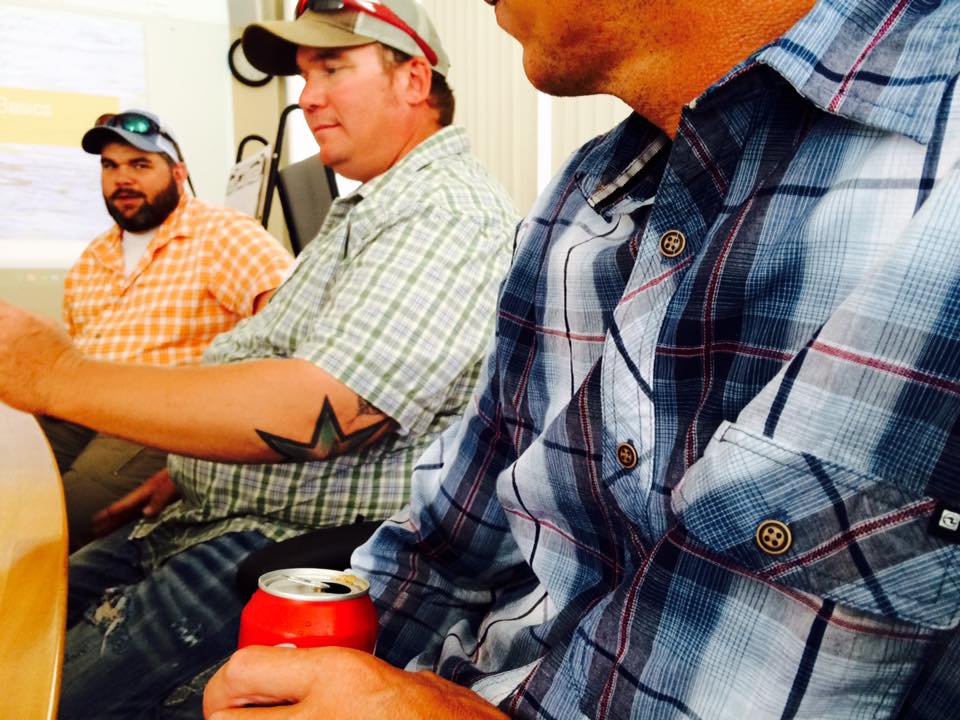 Round Table discussion from the areas best fly anglers.