Simone and I went to the F3T last Friday night at Boyne Mountain. Looking back I realized I haven’t missed one of these in almost 6 years, Simone has accompanied me on half of those trips. Walking in, making my greetings & shaking hands, it felt like we were at a Duck Dynasty convention and I was about a full beard shy of fitting in. Nonetheless, here for fishporn. 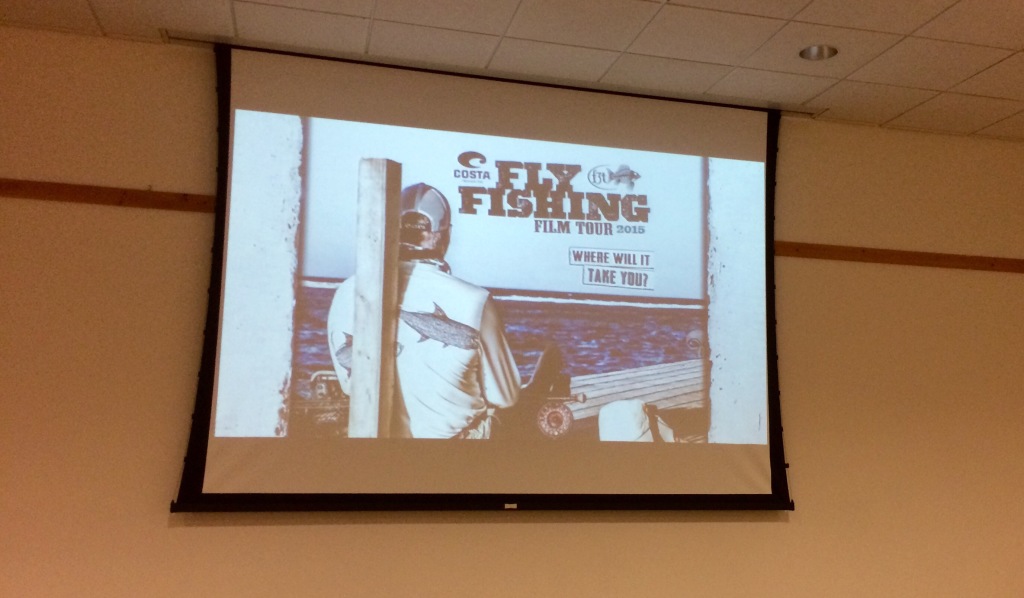 Ironic that the first preview, OUT OF TOUCH was about becoming unconnected, putting down our phones and putting down our iPads. Simone, sitting next to me with the blue white glow underneath her face while she’s playing Minecraft. And I’m taking pictures of what’s going on. It’s true we do need to disconnect and get out and find a true connection. I was looking forward to seeing many of the previews from Alaska to Mongolia chasing big browns in Buck Nasty.
The next preview was CO2LD WATERS and concerning the issue of our carbon dioxide emissions. Whether you believe in global warming or not there, is a definite science in climate change and we are losing some sensitive habitat and the trout that live in these waters may not be there in 20 years. As a father this concerns me. 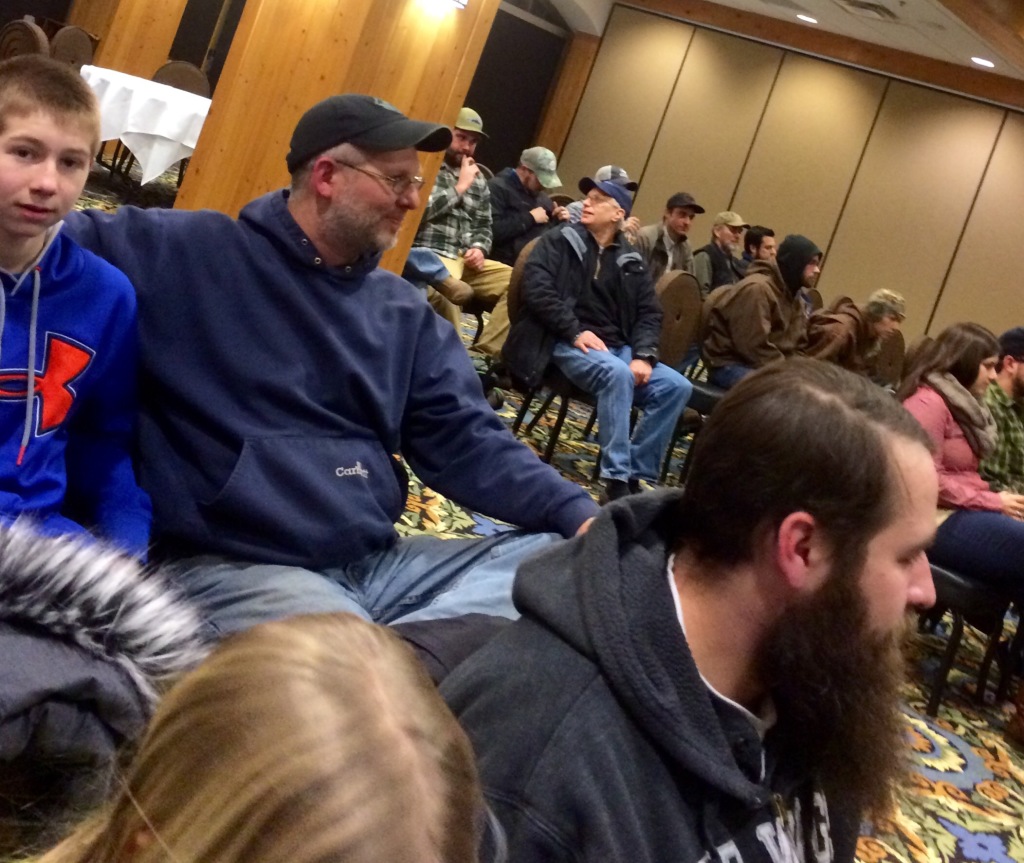 YOW!  (more like an ad for Land Rover) was next and turned on the juices for Iceland, 90 miles covered some awesome fishing in Cuba and more conservation from the Bonefish & Tarpon Trust, Salt 365 showed the connection between to anglers from across the globe and their passion for being on the water, and the increase practice of C&R in the salt angling world. Those Moments showed some awesome times on the Dean River chasing beautiful Steelhead in British Columbia, bonefish with Mellow Fellow in the Bahamas and mice eating rainbows in Alaska. Over and over I got the message of conservation catch and release and being aware of our impact on the environment. I get the message but it seems to be prevalent in almost all of our previews. Understanding that 30 to 40% of the people in attendance here had never been to an F3T before, it is imperative that we understand we need to protect our resources for future generations.
The next preview for Healing Waters “Larry Five-coats” left me a little bit depressed. Beautifully done and worthy of admiration, it still made me feel like I take for granted for much of what I have in my life. So I guess it did what it was supposed to do, I have a new appreciation for all of the wonderful blessings I have.

I had hopes of seeing a little more Michigan footage in CARPLAND from RABeattie, which recounts the history of carp in America and how they are becoming the once sought after gamefish they were over a century ago. I guess I will have to buy the movie from Brian Pitser at The Northern Angler and have him autograph it. The best comment of the night goes to Eric who was seated behind me with his son, who walked away with some good Yeti/F3T swag.

“What are they doing feeding in the DAY??!!”

As we all watched in awe of the fat browns that not only chased, but smashed some top water mice in BUCK NASTY. Besides the basic down to earth good fly fishing, it also featured some good reel singing brought to you by the good guys at Bozeman Reel Co. They are also well aware of our midwest dilemma of Salmo trutta preferring to be mostly nocturnal creatures and how we would love to see some daytime gorging like that at the end of our line. 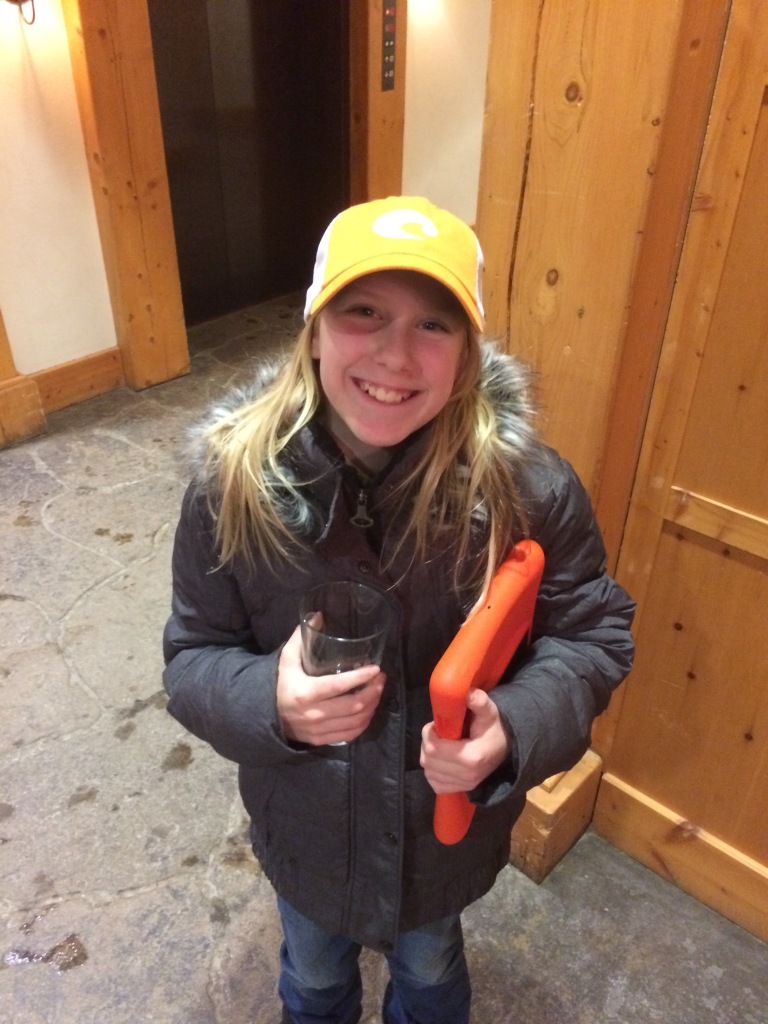 I hope you get a chance to get out and support your local fishery by attending the F3T. There is one coming near you soon. Ann Arbor, Grand Rapids, Midland, Okemos, Traverse City are all in the coming weeks. Here is the show schedule. My daughter won a hat and a F3T UV buff, so we walked away with a wonderful night spent out watching fly fishing movies, and hopefully, someday she will grow up to make movies herself. You never know.