I can recall the day as if it were just last week. We had assembled a small army on the banks of a local favorite trout river to help get all parties vested to collaborate on one common goal. All the Heads of State from various departments were on hand to help lend their support: representing the Michigan Department of Natural Resources was Don from Forestry Division, Tim Cwalinski and Neal Godby both from Fisheries Division, from the Fish and Wildlife Services was Heather Rawlings , Matt from the Little Traverse Bay of Odawa Indian Tribe, Chris Pierce and Eric Ellis from the Conservation Resource Alliance, Valerie Damstra and Kevin Cronk from the Tip of the Mitt Watershed Council, Dave Smethurst from the Headwaters Chapter of Trout Unlimited and myself from the Miller-VanWinkle Chapter of TU.
We began the day’s journey at the only local gas station so everyone could refill coffee and fuel up on a Johan’s donut. Sitting in a small semi-circle on the guardrail of the parking lot, Dave began to spin one of his magnificent tales about a local Yoga Retreat. If any of you have had the pleasure of sitting foreside with Mr. Smethurst, you know his captivating, yet very soft spoken way with words is not unlike that of James Earl Jones when telling a fable. This story didn’t seem unlike some sort of fairy tale. He began with how a fellow angler, and President of Headwaters TU and his wife were heading out to fly fish a treasured trout stream in their region. Upon arrival, they noticed something that was more than shocking and disturbing. Their favorite stretch of the Pigeon River was black with muck and the white bellies of trout and a myriad of other river species dotted along the sludgy shoreline. They quickly retreated through the tag alders and cedars along the path back to their truck and drove further upstream to check another access point, and another and yet again, all with varying degrees of total devastation and death lying belly up in pools and eddy’s of this once productive Blue Ribbon Trout Stream.
Much like a convoy headed to Camp Grayling for training, we packed in our Trout Vehicles and headed for our first assessment site along a long and winding two track. The dusty trail left a chalky residue on the back of my tongue very similar to that of a bold, well-aged cabernet of European descent. After Chris from the CRA talked about how this particular culvert was choking the flow of the river and impeding the fish passage for trout to find thermal refuge, Dave continued with his mythological story of the death of a trout stream. The couple whom discovered the catastrophe determined the source must have been from the release of sediment from a small impoundment located at the Golden Lotus Yoga Retreat just a few clicks upstream. 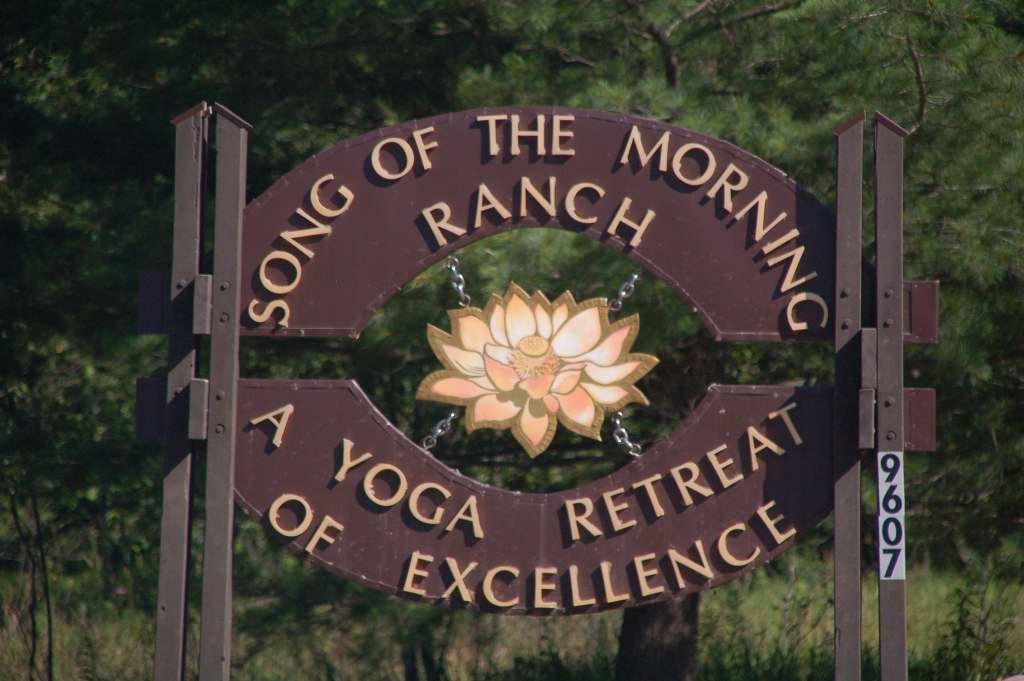 The entrance to the Golden Lotus/Song of the Morning Ranch.

At the next road crossing, we admired a newly replaced road crossing, free of any barriers and natural in appearance. The Emmet County Road Commission and CRA collaborated to make this once failing bridge a wonderful 40ft wooden free span bridge. As we sit along the newly stabilized streambank and admire the beauty and simplicity of the bridge, Dave continues on his story of the decimation of a river. Apparently, someone opened the floodgates on the dam release and left it open for several hours, turning a normally tranquil 70 cfs stream into a raging almost 400 cfs river. When someone noticed that the ‘reflection pond’ was strangely shrinking, they went to the dam and shut it off completely. Sounds like the sort of thing you see in a Three Stooges reel to reel. As I listened closer, the details, the descriptions, I realized this actually took place. The amount of sediment released not only clogs the gills of fish, it also does the same for macro-invertebrates, the base of the food chain. All the freshly introduced organic material within the sediment also engulfs all the readily available dissolved oxygen, so whatever organism survived the initial apocalypse, would certainly see it’s demise.
That was June of 2008, and the third incident of this magnitude on the same property. After many court hearings, appeals, judgements, appeal again, death of the judge who ordered the dam to be removed and moving from Appellate to the State Supreme Court, this was a long fought battle. In the early rounds, Michigan Trout Unlimited and The Pigeon River Country Association had many allies. For whatever reason, the Michigan State Department of Natural Resources and Department of Environmental Equality both pulled out of the court case against the Golden Lotus/Song of the Morning Ranch. I can say without a doubt there were many heated debates among representatives from various TU chapters in the Michigan Council of Trout Unlimited whether we should pursue this court case with the best of hopes for the silent victims of the Pigeon River. It took many hours and many attorneys from across the state, namely Pete Gustafson who took on the task early and wrote off countless billable hours. 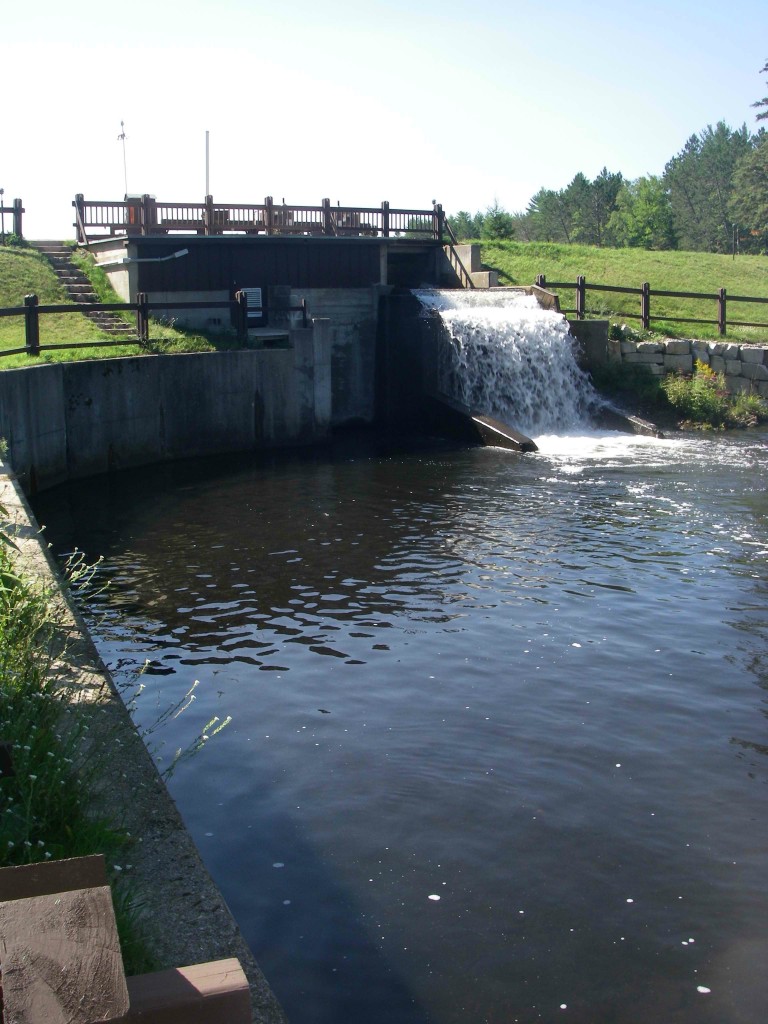 The dam on the Pigeon River at Golden Lotus Yoga Retreat

After all this dust settles, we shall see a positive resolution. The dam has been ordered to be removed, and an agreement has been reached as of last week between MITU/PRCA and Golden Lotus Association. Nearly 6 years after the fact, the river and the animals that make up The Big Wild will see protection from an event like this ever happening again. The details are listed on many websites, like MITU and the Headwaters Chapter of TU. Headwaters is having their annual TU Spring Banquet on April 12, if there are any tickets available, I highly recommend you get one, this will be a celebration to remember for decades. They are also starting a fund to Remove The Dam DAM!!!
As I spoke with John Walters the other evening, exchanging congratulations and attaboys he left me with a few words.
“Now the real work begins.”