UN-plug and get Connected

This post has been milling around in my head for some time, going back to the days we eagerly anticipated the major mayfly hatch and river levels swelled over the bank. The beginning of summer feels like a distant past, a blurred memory from my youth. Along the way, I have met and floated with a host of people this year. Many of those floats were fathers and sons or on one occasion, Grandfather and Grandson. 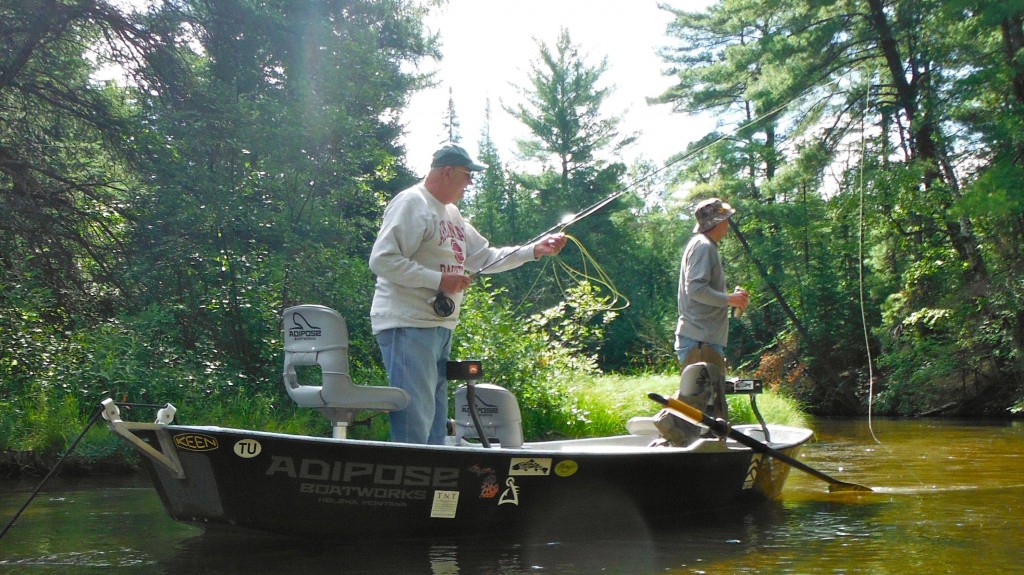 Jacob Kapeller and his Dzadz Charles Kapeller floated the upper Manistee a few weeks back. We had a picture perfect northern Michigan day. The temperature was a pleasant mid seventies and the hopper bite was a tad premature, but my arsenal of tempting Amy’s Ant’s and Madsen’s Skunks were just the ticket to caoxe more than a dozen little browns out of the woodwork and smash our topwater flies. 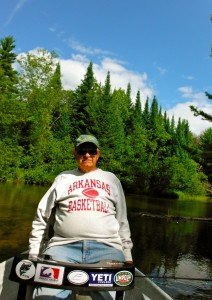 I had the pleasure of hearing stories of Grandpa Kapeller and his crew camping in the Wawa Canyon area back in the fifties and sixties, I was certain by Jake’s reaction, it was his first time hearing these tales of heroism and fish tales where the “pike and trout were as long as your leg.” It made me long for our beautiful sunset between the Birch trees on Trout Lake on the ACR mile 67. It also made a few things very clear for myself, I need to continue on my path towards a few personal goals. I haven’t been to our cabin north of Searchmont, Ontario in over a decade, due to my own immaturity and testing my immortality while drinking myself into downward spiral that had only one of two outcomes. Thankfully, I found a moment of clarity and focused my attention and redirected my addiction to that of a love for chasing trout with the fly rod. The other option was less appealing, but this life of soberiety is not necessarily an easier route, although more rewarding and fulfilling. 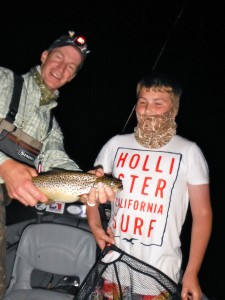 Early in the summer, Alex and his son, Cole, chased the bold trout of the Au Sable River in early Hex action, my cousin Tim Koz floated with his son 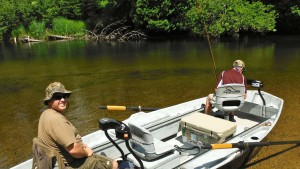 Tim Koz and son Logan gear up for our day on the water.

Logan while scantily clad ladies of the River of Sand tempted to show us their headlights, while they never fully committing to their threats,it made for a memorable trip in between all the brookies. William Sweet Jr and his father, Bill Sr., 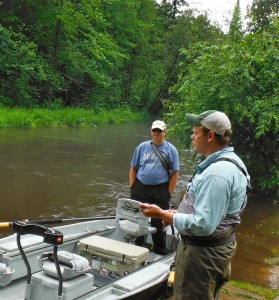 Brandon Morrill and his father tamed the flowing Jordan River on the Hex Hunt, Adipose Boatworks employee and Michigan native- Justin Waayenberg and his father Jack had to float some quality trout water on the tail end of a busy wedding weekend, all of these daily adventures had one reoccurring theme> they all took the time to get out and spend some quality time together without sticking their faces in their I-Pad. They connected to nature, with the river, with nature, whether it be a blue haloed trout, a long necked heron, the soft pine needles of the Tamarack, or the combination of fresh aromas of white pine, swamp cedar, wild mint and watercress. It made me wish I had more time with my father. These are the things you can’t have back. We lost my dad two years ago just prior to the Trout Opener, if there was one thing I could have, one thing I would ask for, it would have been a few more trips down the river with my dad. Floating in a boat talking about the trivial things in life can solve more issues than most realize, if not, at least a day breathing clean air and creating a lasting memory can achieve more than updating my Facebook status and checking in on FourSquare. 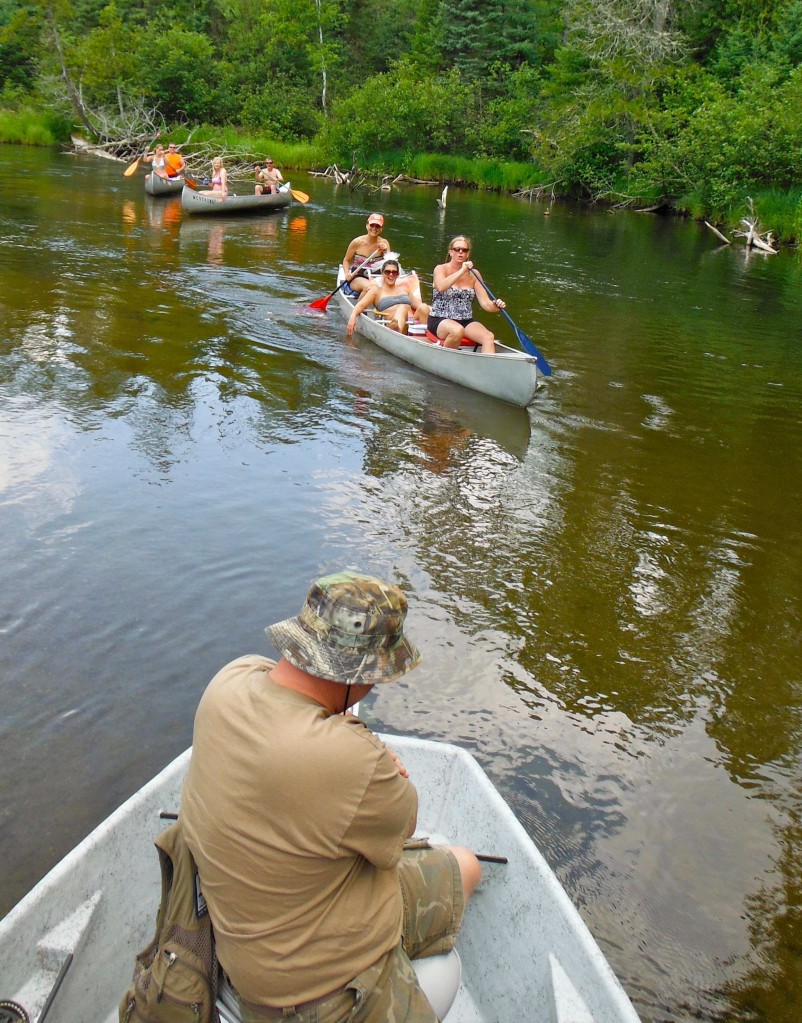 After our day on the water with the Kapeller’s, Jake texted me and expressed his appreciation for a day his Grandpa never had> he got to sit back, let someone else row, make lunch, tie on his flies, unhook him from the trees and show him some river he might not ever know. 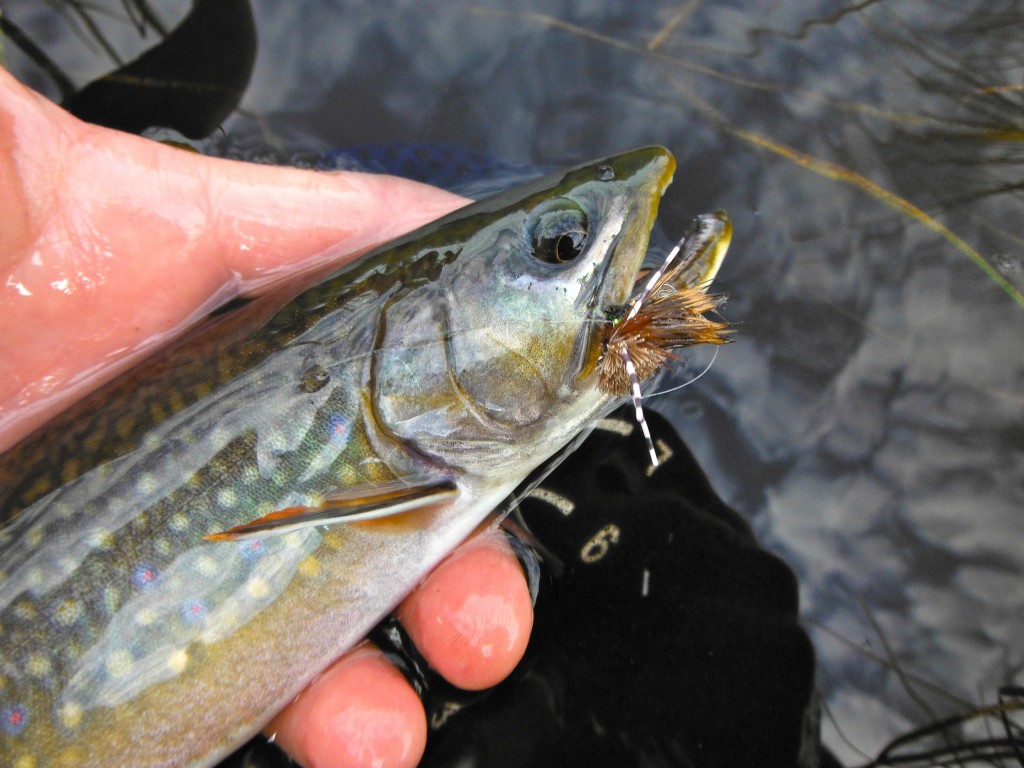 He also mentioned what a lasting memory the two of them had, he even mentioned there was a tear in his eye. Our time on this Big Blue planet is fragile and finite, make your time count.